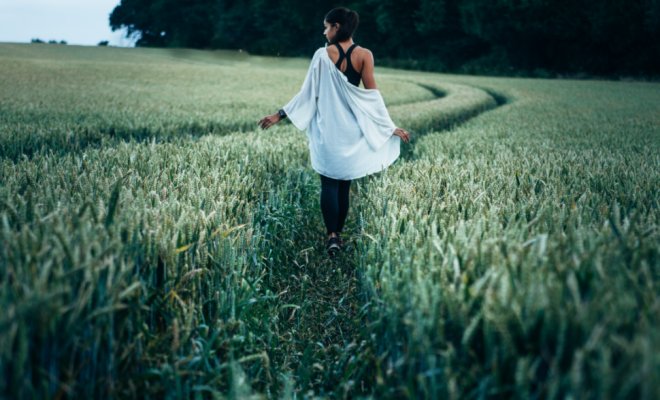 The reality of living with endometriosis

Vanessa, shares her story of the emotional and physical pain she lived with daily having endometriosis. Her goal is to help raise awareness to the millions of women around the world walking the same path so that together they can beat the suffering.

This is her journey.

After many years of pain and heartache, I finally feel free to write about life with endometriosis.

When l was sixteen, in Year 11, l had so many dreams. I wanted to travel, become a fashion designer and most of all, a mum. Little did I know that when I began getting my periods, my dreams would each, be affected, individually.

As many endometriosis sufferers would identify with, I experienced excruciating and flooding periods.  Visits to doctors became a regular routine.

Endometriosis was an unfamiliar diagnosis at the time. It was quite unknown and never spoken about so, unfortunately for me and other sufferers, the endless doctor visits, scans and trials of medication proved no diagnosis and no benefits.

I experienced the pain particularly on my right side, so naturally my appendix was removed; however, the pain remained and so did the uncertainty of the condition.

As I got older, my pain continued to worsen and everyday life became a real struggle. Endless days were spent in bed, which became my comfort zone and safe haven. This was were I could hide my pain from everyone.

I am one of eight children; my family is large and I have a great network of friends, yet, I felt alone in my struggle as no one seemed to struggle like me. I felt different and unable to be my true self.

My mum was my greatest support. Also saddened by the pain both physically and mentally because of this unknown condition, she came to every doctor’s appointment, hoping that there would be an answer.

Endometriosis became my dictator as my life became centered around my cycles. If I was pain free and my periods were short, I was happy and enjoying the things I loved.  However, when my periods were painful (and this was more often than not), heavy and long, everything became challenging.

I love to hang out with friends and socialise, however, I didn’t have the energy. I couldn’t commit to any hobbies, work became a monotonous cycle of temping as I took days off when I was sick, relationships struggled to remain in my vision as they were short lived and endometriosis became my affair.

I went through courageous phases where I was determined to not allow this mystery condition take over my life.  So, I tried travelling.

My friends whom I traveled with got a glimpse of my struggling journey. They too were saddened by the person I was becoming through this illness.  Their sympathy and utter disbelief on that trip, made me more determined than ever to find answers.

Miraculously, I found a doctor that just understood.  Her empathy and compassion, allowed me to express exactly what I was feeling both physically and emotionally. I cried uncontrollably and released all of the built-up emotions that had been plaguing me for years.

Finally, HELP was on my side. She explained this mysterious condition called, Endometriosis and that a laparoscopy would confirm if I had it.

My laparoscopy confirmed that I had in fact, severe endometriosis.  The doctor did her best to remove what was there however; I was informed that it could come back.  It did and it continued to do so.

This was to be the first of many laparoscopies, not to mention the regular appointments to doctors, gynecologists, scans and the emotional roller coaster that accompanied it.

Whilst I was relieved to have finally found answers and an explanation as to why I had felt this way for so long, endometriosis also came with its burden.

I was getting married and was looking forward to starting a family; however, I was told it would be hard to conceive. I shed many tears over trying and my marriage ended.  Travelling was always challenging, I continued struggling with pain at work and being a mum wasn’t an option anymore and many weekends were still spent in bed.

After another two laparoscopies (6 in total), l gave up my job and I spent my days concentrating on improving my health.

I began seeing an amazing psychotherapist, and slowly my life was starting to get back on track.  Having someone to discuss and guide me through how the illness affected me was very healing. She helped me learn to accept my condition and to take back my own life.  No longer was my life going to be dictated anymore. I was back at work, working in fashion, taking art classes and welcoming a man back into my life.

Since the start of early menopause, and the absence of periods, and therefore, pain free, I was able to reflect on how this illness controlled my life for so long. After facing so many challenges, I would encourage all women suffering with endometriosis, to be open with their pain and discuss with family, friends and loved ones.

Hiding pain only isolates you further and as endometriosis is an illness that is insidious and debilitating, it’s sometimes hard for people close to us, to know how we are feeling; both physically and emotionally.

Eating habits and light exercises, whilst hard, are also essential for helping with the pain and I encourage anyone dealing with chronic pain to seek professional help if needed. I truly believe this was what helped me most as I was able to express all the emotional pain I was holding onto for so long and by letting go and discussing my thoughts and feelings, I created space in my mind for living and fulfilling my dreams.

From time to time we invite guests to join us here at The Merry Go Round for their expertise and general niceness. If you would like to submit a guest post, email us at info@themerrygoround.com.au