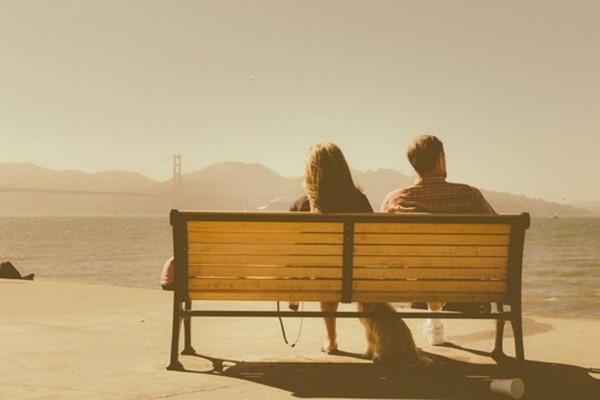 You’re not being led on, you’ve been benched

You know when you’re kinda seeing someone (apparently the word dating is too strong these days): you’re texting, maybe you’re tagging each other in funny memes, but you’re definitely not catching up regularly. You want to get to know them more, but they’re just so dang hard to pin down! Gosh they’re busy, aren’t they? They’re up for this promotion thing at work, looking for a new place to live, their cousin is in town and their cat has the flu.

But they’re not ghosting you because they’re texting back, heck, they’re initiating the texting! Well according to this nymag.com article: you’ve been benched.

It’s such a simultaneously cruel and accurate way to describe what is happening. In the game of love, you have been booted from the team list. No homeruns or half time oranges for you.

Why are they doing this? Reasons for benching would differ between benchers:

In my dating days, I relied on the assumption that if they were contacting me, they were interested. I put all my (unfertilized) eggs in this basket. Contact=good. No contact=bad.

When I didn’t hear back after a first date, I might have been disappointed, but at least I knew where I stood. And when I was led on, I would usually get angry with myself for not seeing it coming. But with this benching label it’s now so clear that it wasn’t me misinterpreting things (ok, sometimes it did take me a while to catch on..) because the bencher was acting keen.

I’m aware that humans have been leading each other on ever since courting began. It’s just that now we have ghosting, it seems like benching is the harsher one of the two.

Think about it: Ghosting may be frustrating, hurtful and it leaves you wondering what happened and what you did wrong.

But benching is also frustrating, hurtful and it leaves you wondering what happened and what you did wrong… but for a hell of a lot longer.

So what do we do if we’ve been benched?

If you’re still keen? I think the answer, as it most often is the older I get, is to be mature about it. Next time they text with a “Hey how are ya?” or something to the effect of “I wish we could catch up!” or even “What’s new with you? 😉 ” then let them know where you stand:

This way, you’re not waiting around for him and he knows you’re not bench material.

Ideally, we wouldn’t need to worry about benches or any other furniture for sitting. But we’re not always logical in this area and we shouldn’t punish ourselves for it.

When all is said and done, I think I’d prefer to be ghosted these days and not bother waiting to be selected from the bench. I want someone who can’t wait to have me on their team.

Have you ever been benched? Or were you the bencher? Join in the conversation.