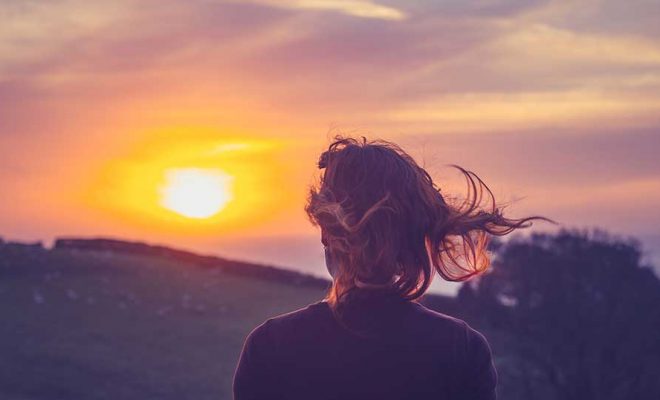 Happiness Habits: The strategy of the clean slate

After reading Gretchin Rubin’s The Happiness Project, Better than Before and listening to her podcast, I’ve gathered a few strategies to try and make my life better and, as a result, be happier.

I’ve made a few changes that, since seeing the positive outcome, have been relatively easy to stick to. Here’s an example: I know how rushed the morning is, but for years I left everything until this slim half hour to get everything sorted. I had to find something clean to wear, but would inevitably leave the house wearing that shirt that I always forget has a pen stain, but refuse to throw away.

I needed to pack my work bag, forgetting my laptop charger, which resulted in me surreptitiously stealing my co-workers charger and pretending it was my own. And I had to find something for lunch, quickly giving up when I realise I have no time to sort it out and then buying something in my lunch hour. For the entire day I would curse Past Fi for fucking things up for Future Fi, dutifully ignoring the fact that I am the same person.

These problems were all solved with my decision to pick a (clean) outfit, pack my bag and make lunch all before going to bed the night before. So now, I don’t go to bed until those things are done because I know how much it helps me later, the gratitude from Future Fi is palpable.

But that habit is easy to maintain. The happiness I gain from completing it, well outweighs my laziness before bed. And trust me, I’m lazy AF.

What I’ve struggled with is the forming of good habits or the breaking of bad habits when it’s not what I want. The desire to change is easy, we all have that. It’s the desire to change something that you enjoy, that’s the tough stuff.

The strategy of the clean slate

Gretchin Rubin lists strategies that, depending on your personality type, can help break or form a habit. One of my favourites in the strategy of the clean slate. As I mentioned in our New Year’s Resolutions Debatable, is that I love a clean slate. It’s just so fresh, so innocent and just asking to be tainted. But I find the clean slate appealing because I don’t want to blemish it. There are so many awful things in this world, let’s keep this one thing pure!

The clean slate works because something significant changes in your life, whatever it may be, and will predictably require you to behave differently. The strategy suggests that if you’re already changing things, you may as well take the opportunity to drop bad habits or gain good ones.

What’s the trouble with this strategy? You guessed it: Global warming. Just kidding. The trouble is that you can’t just decide to have a clean slate. Something big has to happen to give you one- like moving house, starting a new job, or… drumroll please… a break up. And for those of you who read my posts, you’ll know that’s exactly what I’ve been dealing with lately. Yay for me!

So while what I’ve been through has been horrendous, and I will elaborate on that one day (when I can stomach writing about it in the past tense), it gave me the cleanest slate I could have ever asked for. That bitch was shinyyyyyyy! Think about it, I had a collection of ‘relationship’ habits that were now defunct, more time on my hands and a fervent desire to drag myself out of the pit of breakup despair.

I asked myself: What do I want to change? I listed a bajillion things, told myself to cool it and narrowed it down to a manageable list. I came up with the most original changes in the history of time: Drink more water, eat less junk, exercise more and spend less time on social media. Ground breaking, right?

Making it work for me

I’d tried building these habits before, but it never stuck. But this time was different, I actively tied the changes I wanted to make to my cleanest of slates. If I was going to emotionally navigate this break up, I had to look after my physical health.

I unearthed my Tuppaware water bottle and started carrying it around with me. Considering I spent the first month or so crying relentlessly (although I did stop for wine breaks); I needed to replace the lost fluid.

To know me is to know that I am an over-thinker from way back. Combine a break up with an over-thinker and you’ve got yourself a cocktail of destruction. That sounds like a drink you order at one of those bars that doesn’t get going until 3am.

I needed to stop thinking and the gym helped me achieve that. My natural lack of co-ordination means that I have to concentrate really hard when doing any physical exercise in order to do it almost correctly. This meant that I was building my new habit of exercising and giving myself some much-needed brain break.

The combination of drinking more water and going to the gym meant I wasn’t that interested in junk food. Don’t get me wrong, I haven’t got this one 100% sorted yet, but it’s definitely easier to say no to junk when I know I’ve been working hard in the gym. And there is a slight chance I’ve developed a smug ‘my body is a temple’ type attitude that I pull out when I need a reminder.

The last habit on my list was social media. My online kryptonite was Instagram. I loved spending a lazy half an hour – okay an hour – scrolling through my feed. The trouble was I used to do it on the couch or in bed while sitting next to my ex. He’d be on his phone or reading a book and I would interrupt to show him funny memes or some inspo quotes. Without realising, my scrolling through Insta was inextricably tied to being next to him and now that he’s gone, I couldn’t deal.

If I don’t want to feel the longing that I associate with being next to the ex, I have to cut the triggers. So what’s a girl to do? Stop. Yep, I simply stopped. But how? This is the power of the clean slate. I’ve had to start from scratch and create a whole new bedtime routine now that I’m living alone, so I may as well create one that doesn’t involve Insta and it’s freed up a good hour of my day. Simple, but powerful stuff, right?

If you think the strategy of the clean slate will work on you, then give it a red hot go! It is, by far, the easiest way I’ve found to make or break a habit and I have Gretchin Rubin to thank for it.

But as I said earlier, something big has to warrant the clean slate. So if you manage to find yourself with one, then grab it with both hands.

What else has been useful in making or breaking habits? Join in the conversation!

← Previous Story Happy Birthday to us! A message from Anita and Fi
Next Story → ‘Beauty and the Beast’ review (more like love letter)