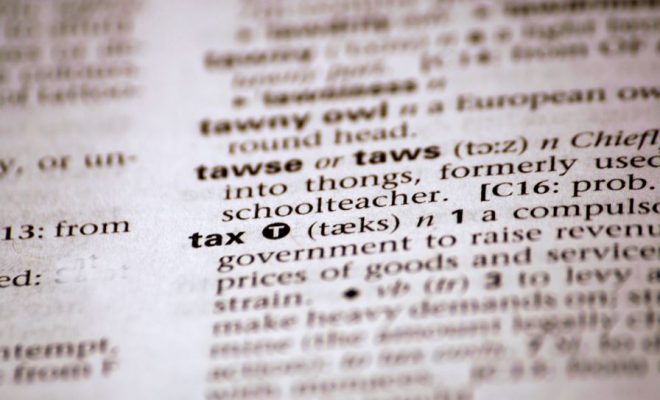 3 things you need to know about tax

The financial year has come to a close and we should all be madly lodging our tax and locating those receipts. But before you do, check out these three things you need to know:

Tax refunds are a myth

Whether you get a tax refund or a tax bill, it doesn’t matter as you’re pay the same income tax.

Feeling great about getting a tax refund is fine but that doesn’t mean you’ve saved any money as the tax liability is always the same. A tax refund means you have overpaid taxes through your salary withholdings and are only now getting this money back. Alternatively, paying tax means you’ve paid less tax during the year and now having to settle this bill.

Having the tax refund is a nice feeling, hard to argue that! Controlling your refund can be difficult, especially with tax deductions such as education or travel that are only recognised in your tax returns not against your salary tax withholdings. As great as it is to get that refund, consider what it also means to you. Firstly it’s lost cash flow from each salary that you get after the tax year. Secondly, it’s lost potential money from interest that could have been made on the money or reduced interest costs on your mortgage. Finally it’s given the government an interest free loan of your money.

Tax brackets not your Tax Rate

Finding ways to legally minimise tax should be a priority as every percentage or cent of tax counts, the impact on your tax over years is significant. Take this extreme example, if you doubled $1 of income every year, then after 20 years your income would be $1,048,576. Now imagine if you had to pay 30% tax each year before doubling the income, after twenty years what would you expect the income to be? Around $700,000 as 30% of the alternative? Maybe about half at $500,000? Or maybe only $300,000?

None of these are even close! Income after paying 20% tax each year would be a lousy $12,089. You’re not reading that incorrectly, there is no zero missing. This is an extreme example of how tax and compounding impact your wealth over time. So if you ever had a reason to make minimising your taxes worthwhile, it’s the difference between one million and twelve thousand!

So hopefully these 3 things helped clarify the tax game for you. I have a few more financial advice for you, click here to read!

Tyson works as a Chartered Accountant. When he isn’t chained to the desk he enjoys running, shooting hoops or spending far too much time studying fantasy sports. Tyson is a father, sports fan and co-founder of Brewers Feast a Melbourne craft beer and food festival.

← Previous Story Women at Work: How to be a Marketing Coordinator
Next Story → 12 Tips to Financially Survive Christmas