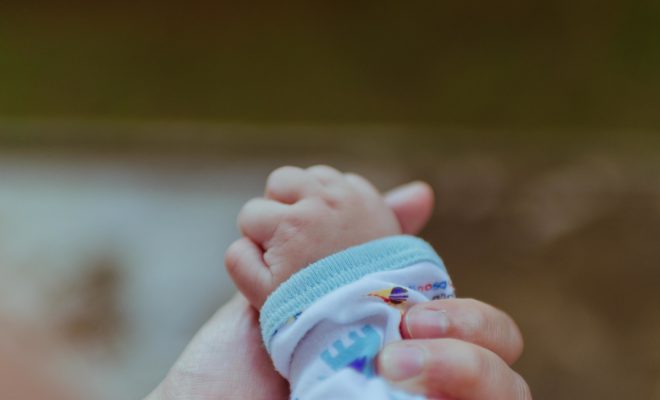 Breast vs Bottle: It doesn’t matter!

Breastfeeding is no doubt a beautiful and emotional aspect of motherhood. However, like many aspects of parenthood it can come naturally to many and yet for many others it can be difficult on a lot of different levels. My experiences of breastfeeding, with both of my children, have been difficult. At times it was wonderful and other times it was an extremely stressful venture. Battling with low milk supply, milk allergies and a slow let down meant that feeding time could be a chaotic venture of tears and tantrums.

As a result, I personally have had mixed emotions about breastfeeding, from feeling envious of those Mums who both enjoy and are successful at feeding their babies naturally, to blessed to have been able to complete even one successful breastfeed and even lucky to have been able to share bottle-feeding time with my husband. At times, there is a small part of me that wishes I could have done it better and other times, I am proud in knowing that I did all I could do. And through it all, it has become clear to me, that no matter how we feed our babies, breast or bottle, tantrums or blessed silence, as Mums we can definitely be harsh critics of ourselves. Sometimes we can indeed be our own worst enemy.

Constantly questioning ourselves as to whether or not we did something right, feeling regretful for handling a feed in a certain way and feeling guilty for not feeding the way someone told you to, or the way you have seen others do it – breast or bottle. As someone who is quite guilty of often criticizing my own parenting choices, I often feel unsuccessful as a mother. Don’t get me wrong though – there are days where I feel accomplished and in control, but those days where it doesn’t work, and those feeds where I feel like I am losing an almighty battle, it is so easy to simply blame myself for not being good enough. Sadly, I know that I am not the only one.

Why is it that we can be so horrible to ourselves sometimes? Why do we judge our choices and why is it that we can find it so difficult to come to terms with our own situation, especially if it doesn’t fit into the ‘perfect’ ideal of parenthood that we are so used to seeing in the media? After all, there is no specific handbook on parenting that is given to you the day you give birth, nor should there be.

We are so often bombarded with the perfect image of parenting through so many avenues that it’s simply overwhelming. It’s no wonder that we expect things to go smoothly when we are constantly faced with advertising that depicts just that. When things, like breastfeeding don’t work out the way we intended, or the way we understood it would, it can be heartbreaking and an easy solution is to blame ourselves. At times, I had an immediate sense of failure for not being able to feed properly. In fact, honestly, I had many moments where I hated breastfeeding and I felt immense guilt because of it.

But you know what? With all the emotions that come with being a parent, guilt should not be one of them. It’s a difficult emotion to stamp out – and of course this is easier said than done, but at the end of the day we are simply doing the best for our children and what we feel is right. There is no one in the world that has the right to make anyone feel guilty for putting his or her child first – a reminder too for our inner self.

Although we are in a constant battle with our decisions sometimes, it’s important to understand that we all need to be a little less hard on ourselves (…and others!) and realize that we are doing a damn good job. Parenting is hard. It’s even harder when we are faced with judgment. So, it shouldn’t be a matter of bottle fed or breast fed, self settling or comforting, sleeping or not sleeping – it should simply be a matter of supporting each other and ourselves. Be proud of however you feed your baby and the parenting choices that you have made, be proud for the time where you have reached out to others and be proud for the moments of self-belief. It’s time to swap guilt for pride – because lets face it, you deserve it.

Sarah is currently a stay-at-home mum to Charlotte and Ashton. She is a qualified secondary teacher, specialising in boys education. Her newfound passion for fitness and healthy living came about because of her children. Even though they poop and cry a lot they, along with her husband, are her world. You can follow her Instagram at @for_theloveofmum