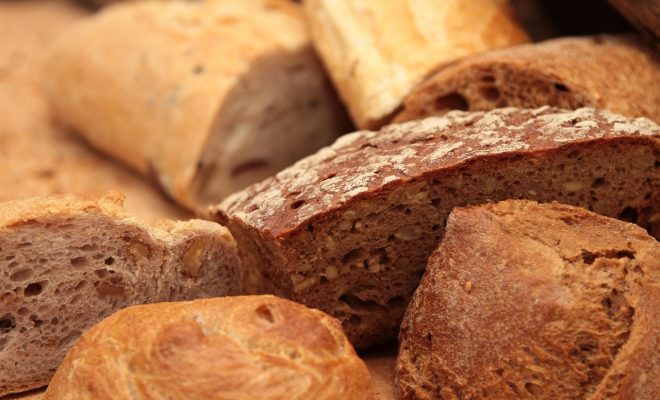 You asked: What’s behind the gluten-free diet?

Patients are often asking me if they should avoid gluten, even if they aren’t experiencing symptoms.

I have to say, that clinically significant results over many years have been regularly gained with wheat and gluten exclusion and now research is supporting this. Gluten has been found to negatively impact the lining of the gut, creating “leaky gut” or intestinal permeability, even in those who do not have celiac disease.

The lining of the gut (the bodies largest mucous membrane) in health is supposed to be strong and tight, keeping food remnants, waste, and microbes inside the digestive tract to be “exported” down the toilet. Gluten can cause the release of an inflammatory protein called zonulin, which opens up the tight junctions in the lining of the gut allowing problematic molecules  to leak into the bloodstream (where they don’t belong) and creating an immune response.

The food intolerance test we recommend, tests for this immune response (ie. detecting the proteins associated with specific foods) which not only allows us to detect a breakdown in the mucous membrane integrity but identify the specific food aggravant.

This entire process also sets the stage for systemic inflammation as inflammatory substances are also released by this process which are then transported to the entire body via the bloodstream. ie.  A local affect leading to global dysfunction !

That’s why gluten is not a part of my recommended diet. Gluten-containing grains, like wheat, rye, and barley, aren’t enhancing our health, but in most instances are detrimental to our health—it’s a pretty clear dietary choice when you think about it.

Plus, when you ditch the crackers, biscuits, cakes, breads, and pastas made with gluten, you can fill the void with nourishing unprocessed foods like colourful vegetables and high-quality fats, which most people don’t get enough of.

In this practice, wheat is the most commonly detected food intolerance. Even if you’ve been told that your tests for gluten antibodies or celiac are negative, you can still react adversely to gluten. And it isn’t just your bowels that can become affected, so can your mood, energy levels, skin, joints and immunity.

But gluten is just one piece of the puzzle.

There are many other foods that can elicit inflammation and symptoms of sensitivity. This is why the food intolerance testing is an integral part of my diagnostic workup. It can pinpoint the specific food which is driving the chronic health complaint.

If you are interested in reading and understanding more about this topic, I would recommend the following books by David Perlmutter.  His books include the #1 New York Times bestseller Grain Brain, The Surprising Truth About Wheat, Carbs and Sugar, and his new book, Brain Wash.

Dr Chris Ravesi Naturopathic Physician & Acupuncturist Over three decades, Chris has developed a reputation for his skills, dedication and his personable approach. His insatiable quest for knowledge in this chosen field has meant numerous educational journeys to both Europe & the USA. Chris’ special interest lies in integrating new research and technologies into a traditional approach to health care.