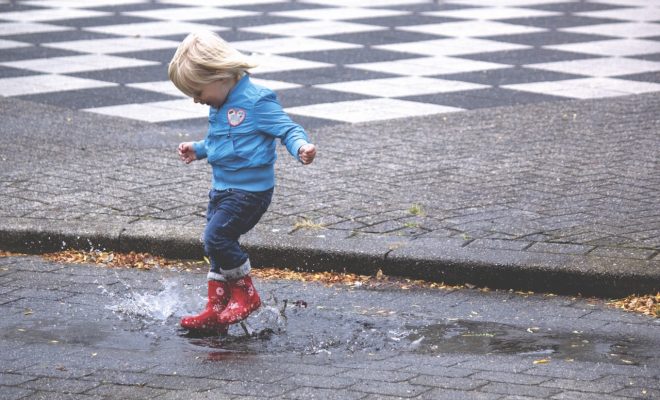 A couple of months ago, I was attempting to get my son’s hair cut at the hairdresser (FYI- totally unsuccessful, he didn’t want a bar of it) and in my exhausted state, I began chatting to a lady whose child, just sat there, eating, watching Peppa Pig and wasn’t fussed by anything. Whilst I was holding my son back from causing a disaster, we began chatting about how, at similar ages (18 months), our son’s differed.

I was amazed that her son could just transition from pram to high chair without fuss and she was amazed at how energetic and physically capable my son was. We then spoke about the fact that her son was chatting away, but he hadn’t walked yet and as energetic as my son was, he had only said a few words. In our conversation, you could sense the worry rising in each of us as we spoke.

The worry became real for me when I came back from my son’s maternal health visit. She too was concerned that, at 18 months, he didn’t have a collection of words, even though he could communicate very well in other ways. She advised me to get on to a speech pathologist right away so that anything that was hindering his speech could be fixed as soon as possible. I anxiously called a speech pathologist on the way back from the visit; however, we had to wait weeks for an appointment. I was stressed. I was sad and I questioned whether I could have done more.

Being a mum is the best and most rewarding thing I have ever done. It has also been the scariest. There is so much to learn and it is impossible to be completely prepared for the unexpected. Looking back at this situation, it is so clear that I was stressed and worried because of unnecessary expectations.

It is expected that your child crawls, walks, talks, eats, is potty trained etc. before a certain age and the result is panic and pressure  when all the boxes are not ticked. It’s these expectations that can make parents and carers feel anxious and fearful about the progression of their child rather than just watching their child grow in their own time, in their own way.

I learnt that like with many other things concerning toddler development, children learn to do different things at a different pace. Toddlers who develop early in some areas like walking, running and jumping may learn to speak later and vice versa. In my distraction, I was forgetting what he could do and was too focused on those unticked boxes.

As parents, we know our child. We love them the most and if something doesn’t seem right, we won’t hesitate to seek medical or professional advice. My husband and I knew our son was fine, but it was hard not to compare, especially when others were concerned and doubted it because of the developmental expectations set at a certain age.

Of course, any presenting symptoms do need to be further examined and with early intervention children can get the care that they need. What’s important is the way we react to circumstances; try not assume the worst, get caught up in the ‘what if’s, compare and the dreaded google search.

So, just like that, the week before visiting the speech pathologist for the first time, my son had said 15 clear words – all at his own time and in his own way. He was just ready to talk. A few months later, there is no stopping him!

During that time of uncertainty, I took comfort in the words of gorgeous, Midwife Cath, ‘Children, in their own way, walk, talk and are potty trained when they begin school, don’t rush it… Let kids, be kids.’

Anita is a Writer, Counsellor and Psychotherapist and is part of the team at Como Health Group in Beaumaris. She enjoys all things motivational and inspiring, reading, food, having a good chat and being a mum to her adorable children.

← Previous Story Family funds: How I save money as a parent
Next Story → Sibling age gaps: The benefits of a big one